The life of lifts | Henry Oliver | The Critic Magazine

The mechanical wonders of high-speed elevation 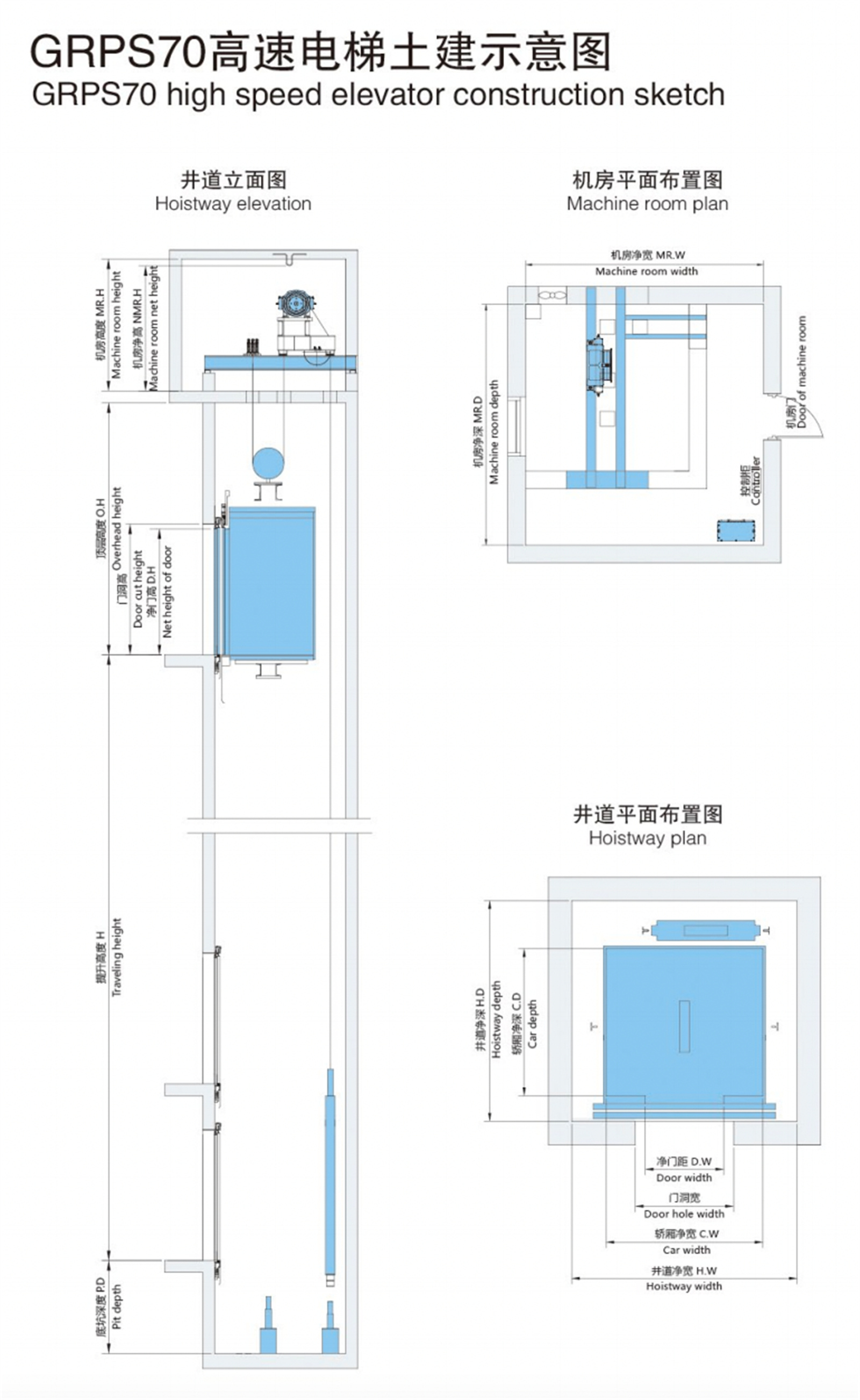 W e are losing our sense of wonder about capitalism. We take the miracles of infrastructure for granted. We are not sufficiently in awe of the man made marvels of our daily lives. To remedy this, let us start by praising elevators.

To create a building, you must first install a lift shaft. As the Renaissance was the age of the dome, the twentieth century was the age of the skyscraper. And the lift shaft is to the skyscraper what the wings are to an airplane. Without them, there can be no rise. Our cities look the way they do because of those metal boxes and their incredible cables. The monumental pyramids and ziggurats of the past were all limited without lifts.

Freight elevators are recorded in antiquity and manual passenger elevators in the seventeenth and eighteenth centuries. It was in the nineteenth century that the elevator became a marvel. Elevators began as slow luxuries, a steam-powered department store “rising omnibus” that saved the haughty from stairs. In New York domestic elevators were advertised for “an indolent, or fatigued, or aristocratic person.” Before elevators were fast they were genteel, manned by operatives, opulently decorated with carvings, gildings, and castings. Acceptance was slow. An incredibly safe screw elevator installed in the Fifth Avenue Hotel in the 1850s was later removed because customers refused to ride it.

Then elevators went commercial. Prestige meant working on the lower floors: stairs were not respectable. With lifts, the 1870 Equitable Life Building in Manhattan went to eight stories. Steam gave way to hydraulics, piston-powered. The standard 30-second wait time was established. Hydraulic elevators became accepted in Europe in the 1860s after safety improvements, but they couldn’t go higher than twenty stories.

For cities to make their great rush to the clouds, more was needed. Manhattan could only burst up like the fresh shoots of spring with elevators that safely went faster and higher. (Steel frames were also needed, but that is another marvel for another time.) In 1913, the Woolworth Building reached fifty-five stories. 45-minutes of stairs becomes only a few seconds in a lift. Woolworth had electric elevators, pulled by steel rope, which traveled 700 feet per minute. (In the Taipei Financial Center today the elevators move at slightly more than sixty miles an hour.) Air cushions were installed at the bottom of the shafts for additional safety. In 1931, the Empire State Building was built around seventy-three elevator shafts. The same year, New York got the world’s first double-decker elevators.

Just as Michelangelo could not build the dome of St Peters without rope, so you cannot build skyscrapers without elevator cable. In Europe, mining accidents caused by poor cables created suspicion of elevators; America, without mining accidents, was free from such concerns. Wire cables were first used in German mine shafts, where elevators went further distances at greater speed. Siemens invented the electric elevator. But it was in America where cables became widespread in passenger lifts.

Each wire rope can have up to a hundred and fifty strands, of different thicknesses, woven to ensure that different strain is taken by the outer and inner rope, to prevent fraying. In 1896 the main standard rope contained 6 strands of 19 wires each: 114 steel threads in total. The twelve outer wires had 60% of the strength. Thus the core is secure in case of damage, just as the core of the elevator shaft is protected so it cannot become an aggravating chimney during fires.

Elevator cables continue to make marvels possible. The Jeddah Tower, under construction in Saudi Arabia, has carbon-fiber cables, which are lighter than steel, allowing the lift shafts to go higher. (After 600 meters steel cable is too heavy to lift the cab). A building this tall was first proposed by Frank Lloyd Wright in 1957. Elevators are still carrying us to the future.

This might sound needless. Such large buildings can seem like status play. But elevators create density, improving productivity, and they help us see the world in new ways. Think of the views from the Burji Khalifa (a building with just shy of three thousand stairs.) The thousand foot Bailong Elevator in China turned a long treacherous journey on mountain roads into a short, safe ride. Built through the mountain, the Bailon Elevator gives views of Zhangjiajie National Forest Park, a heritage site.

Think too of the more humble transformations elevators made possible. The cold and unloved attic has become a luxury penthouse. Upper stories are not poorly-lit storage and servant quarters anymore, but often among the nicest parts of modern buildings. Elevators made possible roof gardens, viewing platforms, and terrace bars. And there is a rich history of elevator decoration. Go to the Museum of London (when it reopens) and see the old Selfridge’s elevator in all its intricate, golden, imposing, vulgar glory. What other architectural feature gives as much functional pleasure as elaborate metal and wooden doors and manually operated cages. America has some lovely antique elevators . In Jeddah’s modern lifts, there are entertainment screens to pass the time.

Elevators are not just historic marvels. There are now magnetic elevators, involving no cables at all, using the same technology as high-speed trains. They can move horizontally, have higher capacity than cable lifts, require less space, and eliminate the need to switch elevators. This makes buildings more efficient and productive, improving sustainability. They are already in use in Germany . With this technology, we can imagine buildings of new shapes and sizes, horizontal connections between towers, maybe even public transport— like the futuristic city of the flying car people used to dream about.

Lifts can seem part of the daily drudge. We don’t know how to talk to each other in elevators. They get a little cramped. And they stop at every floor. Spend a minute, next time you take the lift, thinking about the mechanical wonders that make this high-speed awkward boredom possible.

As the Jewish new year begins, Britain should learn from its lessons of forgiveness, renewal and trust

A powerful, moving adaptation of Puccini

Ideology has triumphed over art

The return of the radical and the ridiculous

Munch at the Musée D’Orsay

Its ethos in Mahler remains inimitable

Reports from the space opera of British politics

Designed by Interconnect. Powered by Standfirst.

You can register for free to read Artillery Row articles.

Or get full access to The Critic for as little as £3 per month. 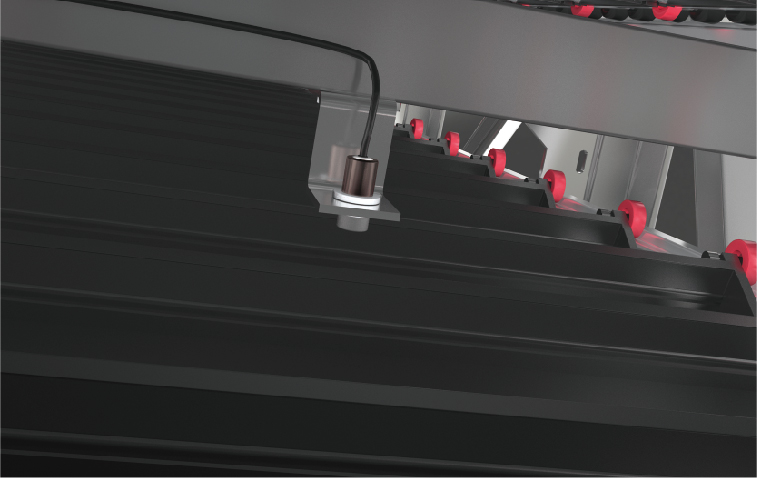 Home Lift Don't worry. You can continue reading by subscribing to get full access.